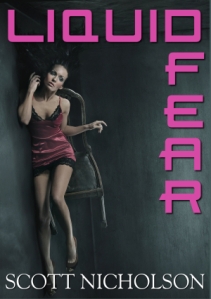 If you’ve caught on to the e-book movement and haven’t come across Scott Nicholson, you are doing something wrong. While having written many great horror novels like They Hunger or The Red Church, he is has many other stories and novels that cover the whole spectrum of literature. With his latest thriller, Liquid Fear, coming out this Friday, we asked Scott to give us his viewpoints on Horror, the supernatural, and their confluence with other audiences and genres.

NHRS: The supernatural is a recurring element of your stories. For many people, all or a number of supernatural topics would classify a story as Horror. What are your thoughts on supernatural/horror relationship in the current state of books?

SN: Hmm, I don’t read a ton of modern horror, because I tend to read older books. But someone like Bentley Little still writes horror, though it tends more toward the psychological. That’s simply a virtue of the market, because except for a few notable exceptions, supernatural horror doesn’t have a huge audience—the supernatural seems to have shifted more to the romance genre.

NHRS: Like all good writers, you write in a variety of genres. How has your experiences writing Dark and Horror fiction impacted your all your other writings?

Well, most of my writing has a dark edge, even the funny stuff. For me, it’s more entertaining and interesting if there are psychological twists. If it’s mild entertainment, I would be bored. Life is too short to simply kill time.

NHRS: Some of your books are titled “Supernatural Thrillers.” Some see defined differences between it and Horror, others are not so certain. How would you define the two?

Oh, definitely, “horror” doesn’t have as big a book audience as it does in movies, and graphic violence is to blame. Now, I mean “horror” as a genre label, separate from “horror,” the feeling. Corporate publishing didn’t really push it much. We’ll see if the digital book era and the rise of independent horror authors proves they were right, or if there’s an audience waiting out there that hasn’t had its hunger met.

NHRS: You have written for both children and YA audiences. What are some of the obstacles to Dark fiction for younger audiences and, on the other side, what are ones that don’t exist that people believe are there? 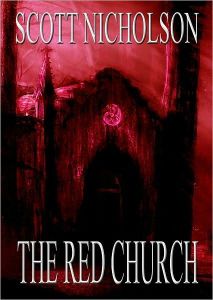 From the YA books I’ve read, they are a lot more wide open than the ones we had growing up. Few subjects are off limits. Indeed, it seems like one of the safest places to talk about huge issues—incest, sex, drugs, violence. The things grown-ups don’t think kids should be talking about are they very things kids talk about and need to know about.

NHRS: No one can talk to you these days without mentioning your presence in the e-book and self-publishing movement. What are some of the trends, good and ill, you see in Horror’s branch of the movement?

SN: Like I said, no one is sure just what kind of audience is waiting. What happened to those millions of Stephen King fans? Did they only like Stephen King and not any other horror books? Will the trend continue of monster fads, from vampires to zombies to werewolves and back again? Will ghosts make a comeback as a scary subject matter instead of as romantic objects? I think it’s very exciting, because niche audiences will have a chance to find stuff they like. Mutant bugs, graphic violence, Lovecraftian monsters, and probably some things that haven’t been invented yet—it’s all wide open.

NHRS: If there was one thing about Horror that you don’t think most people know, what would that be?

SN: That it’s a huge umbrella. If “horror” only makes you think of Freddie Krueger, you’re missing out on Shirley Jackson, Brian Keene, Joe Hill, Sarah Langan, and some newer writers like Stephen James Price, Deborah Leblanc, and J.T. Warren. 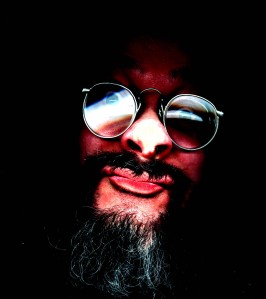 Scott Nicholson is author of 20 books, including The Red Church, Speed Dating with the Dead, and Disintegration. His new thriller is Liquid Fear. He’s also written six screenplays, three comics series, and three children’s books. Buy his books at Amazon, BN.com, Apple, or Kobo. His website is http://www.hauntedcomputer.com.