We are lucky enough to have Jodi Lee, Editor in Chief of Belfire Press and The New Bedlam Project, take a moment out of her hectic schedule and answer a quick fire for us. Writer, editor, mother, she has seen many the permutations of Horror.  After years of editing for places like Apex Publications, LBF Books, Lachesis Publishing, and freelancing, she started up one on the newest small presses that is building a name for itself. Let’s see what she has to say about the state of Horror.

NHRS: As an editor over the years, you’ve read countless submissions. Are there aspects (themes, character, plots, etc.) that people wouldn’t expect are over used?

JL: For romance, it’s vampires and weres. Supernatural or paranormal romance is all fine and good – but the days of whiny, emo vampires and guilt-ridden weres need to come to an end. Authors need to stop fantasizing and look back at traditional romance – humans, day to day issues, and life. Don’t even get me started on the happily ever after, either. Way too overdone, for far too long. What about the one that gets away? Why can’t that be just as exciting?

I haven’t actually read enough in other genres (at least, in the past three years) to see what’s gone too far there, but can I just say that I’ve never thought there is enough close-future in the sci-fi arena? I’m talking stories taking place within the next couple of decades, not centuries from now. Medical sci-fi, that’s where it should be.

For horror, it’s gore. Ripping someone to shreds, describing in detail the way a zombie delves into his first fleshy meal, all of that – over done. What bothers me about it is that it doesn’t even progress the story or add scare into it. It’s just word-filler. Using words to manipulate a visceral response in a reader should be by building the tension, giving the reader something for the imagination to grasp onto.

NHRS: Were any of these one of the many reasons for starting Belfire Press?

JL: They did play a large part of why Belfire came to be… Our society has become so jaded on every level that we have to have more, faster – an immediate gratification – in everything. The pacing and tension for full length novels has suffered, in my opinion.

Here’s an example: Stephen King’s Carrie. In the 70s, that story was groundbreaking, an instant huge hit. But, if an unknown author presented that story to even a small press now? I don’t think it’d see print, let alone the kind of success its had.

Being selfish, I wanted to see a return to more gothic horror, something that builds a fine tension to a breaking point, with a settled ending. Both At The End of Church Street and Descendant did this.

Absentminded is the epitome of what I think a blended genre book should be – thrilling sci-fi with a touch of romance. Every project we’ve launched, and every one we have in the coming releases, they all have aspects of what I wanted as a reader, and wasn’t seeing from other, bigger companies. Our most recent anthology release, Old School, was in the works before Belfire began, but it was exactly what I’d been talking about. The old tropes – not given some twisty new theme – but maintaining their integrity even in modern settings.

Take a look at David Dunwoody’s Nevermore, part of our Dueling Novella series. Yes, it’s a zombie story. Yes, it’s a ghost story. There’s even just a hint of romance, believe it or not.

Now if I could see all of these things from more female authors, I’d be in the seventh (heaven or hell, depending on my mood. 😉 ).

NHRS: How would you describe the literary merit of the Horror fiction you typically see?

JL: A lot of what I’ve seen in the past few years has been too focused on the shock, the immediate gut-response for me to think of it as literary. All writing has some merit, but horror as literary? That’s a fine line that not too many people have been able to straddle. In my opinion, literary works don’t rely on force-feeding the reader details. Literary is quiet and makes the reader think. We don’t need to be told that brains are grey, blood is red, fluids are viscous. We don’t need to read the details of the horror – we should be visualizing it while we’re reading. We should be there, in the story.

Poe is literary, Lovecraft is literary, Alexandra Sokoloff and Sarah Langan are modern, female literary horror authors. King flirts with the fringe edge of literary. Writers such as Edward Lee or any number of former-Leisure authors… not so much. But we love them anyway, don’t we? I’d just as soon buy one of their titles as Poe.

I know this example isn’t exactly what you’re looking for, but it’s a good one. My daughter and I watched The Oblong Box – a horror movie from the 60s with Vincent Price and Christopher Lee, based on Poe’s story. Although there are a few blood-shedding moments, the tension is the horror. When we finally see Sir Edward’s face, it’s a shock… however… my daughter, even I myself, neither of us were really that shocked. We’ve become desensitized by the genre being ramped up over time. 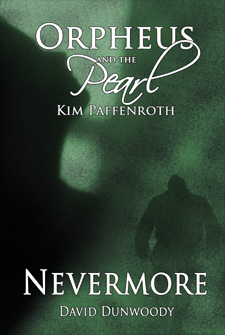 NHRS: Over the last few years, there have been incidents, both in horror and other speculative fiction, where the lack of women authors in anthologies and magazines caused uproars. What are your thoughts about those moments, both as a women writer and as an editor?

JL: My answer is going to make me so very unpopular.

There are three times more submissions by male writers than female – at least with every publication or publisher I’ve worked for – and that covers ALL genres, not just horror. With horror, the number could push five times more. To be completely, bluntly truthful – I reject a lot of female writers because they rely far too much on the visceral, immediate gratification, usually by focusing on description far too much, leaving nothing – absolutely nothing – for the imagination.

Would I like to see more horror from female writers? Abso-freaking-lutely. Focus on building the tension, not describing the flowers on the nightstand beside the penis your character’s recently removed from her cheating husband.

NHRS: The small press offers a much richer variety of stories, especially in horror. Yet, it seems that unlike other arts that have their “underground”-like element find much more success than their literary cousins. What do you is the cause of that?

‘Literally’ – the grass is always greener until you actually cross the fence and see it’s no different. 😉

NHRS: If you told someone one important thing about Horror fiction that they may not know, what would it be?

JL: King is not the king of the genre. He’s just paid better. As a rabid fan, it’s hard to say that, but it’s true. Writing like King does not help you get published. Write in your own voice, develop your own style.

Thing is, people know that, but still they follow his ink-droppings… 😉

Jodi Lee lives in Manitoba, giving her a vivid imagination, however. Nothing breaks the daily monotony of snow, rain and road construction quite like alien zombies or flesh-devouring mosquitoes. She’d like to blame it on leftovers from the experimentation during her moderately wild youth, but won’t; besides, as a single mom she should at least try and set a good example for her two daughters, at least one of whom is definitely more mature than her mother.

Jodi has been writing and editing professionally for over a decade, dividing her time between her own works and those of her clients via numerous outlets. She is the publisher and EiC of Belfire Press and The New Bedlam Project.